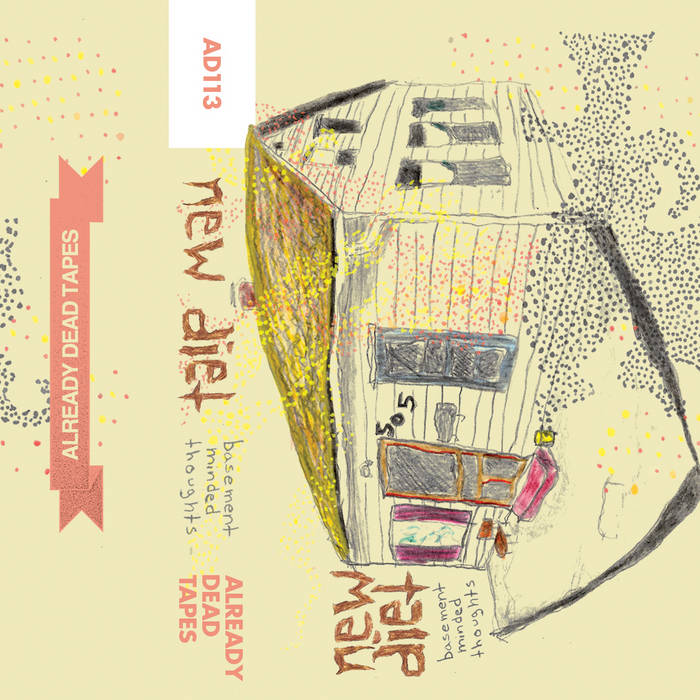 “When things happen and it just seems like it shouldn’t happen, it can be termed as anomalistic. In listening to the latest New Diet album, you wouldn’t expect to hear such things, but instead you’d probably anticipate the extensive career of The New Diet to make for a perfectly settled album, with each song transition to be smooth and the song order to make for a comfortable listen. But that doesn’t necessarily prove to be the case on ‘Basement Minded Thoughts.’ The first song is almost too heavy for an introduction and with a jam/impromptu kind of feel – the first lyric, “Shot myself in the leg.”

On the ride back from Chicago, I remember eavesdropping on a conversation that Anthony Focareto, (the lead singer of The New Diet) had had earlier that weekend. He told the story of how Galvan, (the drummer,) had recently messed up his leg and so recording, obviously made the drumming aspect a bit difficult. The first track, as strange as it sounds for a first track, with the sludgy distortion and a two-lined lyric song is in commemoration to the act and makes way for becoming acquainted to The New Diet’s ‘Basement Minded Thoughts.’

The sounds on this album certainly demonstrates the long career the group has had over the years and a strong, heavy influence that likens the grunge scene in the 90’s. ‘Basement Minded Thoughts’, is an achievement in the retelling of life. But the thing is, it’s grungy, it’s dirty, and it has the voice of someone who has been working manual labor jobs for awhile. Yet still, The New Diet’s lyrics highlight the warmth of introspection and the ability for deep reflective states. Many of the tracks sound like ballads but with sludgy overtones, meaning, it copies a lot of the classic 90’s grunge/rock hits that dabble in minor chords and cares little for any theatrical, polished-up choruses. Straight from the Chicago scene and with members who play in other notable Chicago groups, The New Diet has a cherished residency in the city as well as with Already Dead Tapes and Records. We’re proud to present the latest album from this great group of guys, ‘Basement minded Thoughts’ by The New Diet.”
-Ray Jackson, Already Dead Tapes, 2014