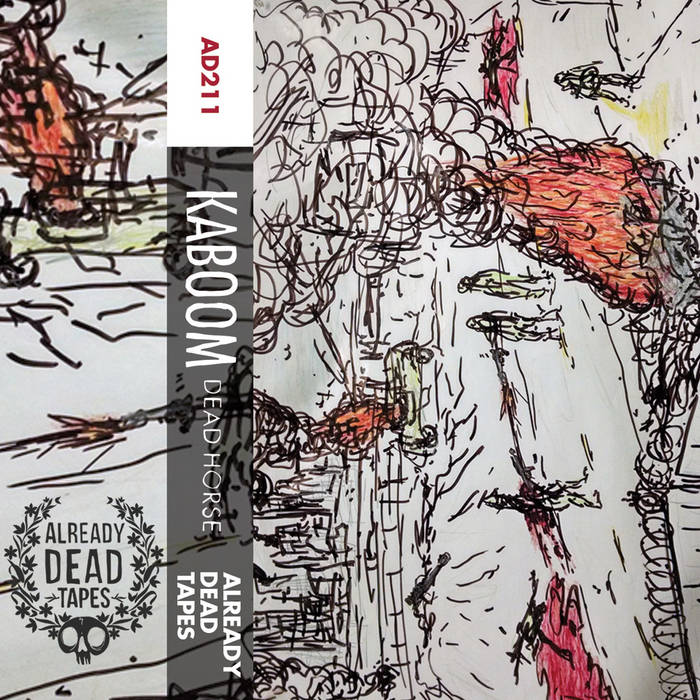 "Kaboom's Dead Horse is a post-hardcore fan's dream come true. This short and sweet take on blistering, face punching rock has elements from artists that have defined the genre itself.

The album's single, Hamms, whips out a muff laden guitar with moments of tension akin to Rodan's Rusty. Vocals sway back and forth between Blood Brothers and Cedric Bixler-Zavala in At the Drive-in. The album itself has all the intensity one would expect from Glassjaw's early works. Oh, and there's a Queen cover that absolutely rules.

Dead Horse is that album that will wake your neighbors no matter how soft you play it. It absolutely roars, nonstop. Every instrument is oozing with energy, rumbling through whatever speaker you want to run it through. Each track starts off with a bang and ends with nothing left to hold on to. The abruptness of Dead Horse can almost be startling. It's like slamming on the breaks after rolling 90 + down the interstate.

Kaboom knows how to slow it down, however. "Faceless Crowd" and "Trust" pull back the tempo without losing volume turning the tracks into a delightful sludgy mess. It's evidence of a band that really knows what they're doing and is incredibly comfortable with the sound that they have created over the years. Or perhaps it's the tacos. Kaboom loves tacos."
- Jacob Watkins, Already Dead Tapes, 2016