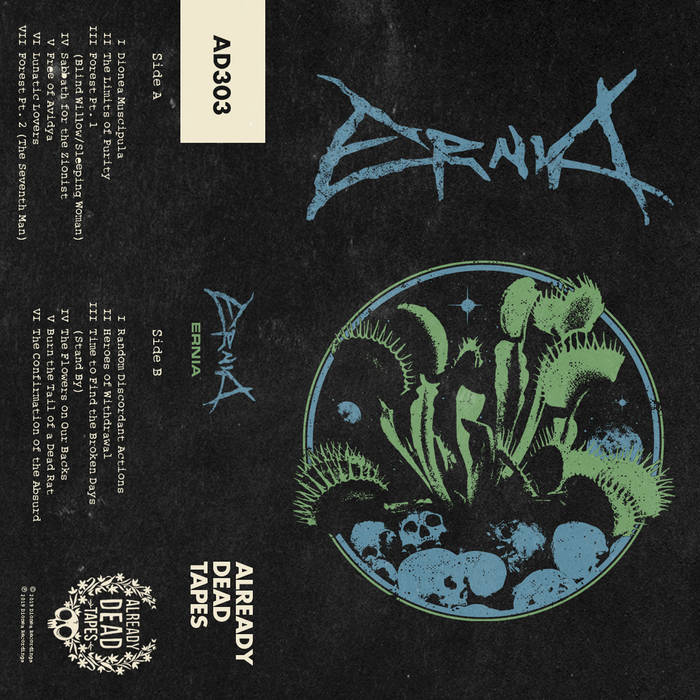 "Logroño, Spain's Ernia kicks its way onto the Already Dead Tapes' roster with their self-titled album. Recorded between 2013 and 2015, 'Ernia' smashes itself into your earholes and doesn't let up for the full run time.

Blending the lines between death metal, grindcore, metalcore, skate punk, and classic heavy metal, this is one face smash of an album. The band 'shares a love for fast music and dumb jokes,' and apparently their like-mindedness pays off by way of brutal, heavy riffs on the backs of grinding drums and screeching vocals.

This album reminds me of wonderful days in the mid-00s: white belts, skinny jeans, and bare-knuckle brawls of live shows. This could have easily been a band that I was in love with in my early 20s along with bands like Converge, Me and Him Call It Us, Hewhocorrupts, Every Time I Die, and Minus. But here I am, in my late 30s, and still loving the hell out of this sound. Grindcore is one of my favorite sub-genres of metal, and this album is quickly rising in the ranks of one of the best to do it in the past ten or so years. Ernia is hella powerful here in 2019 and creating the right kinda shrieking fun that we all need right now."