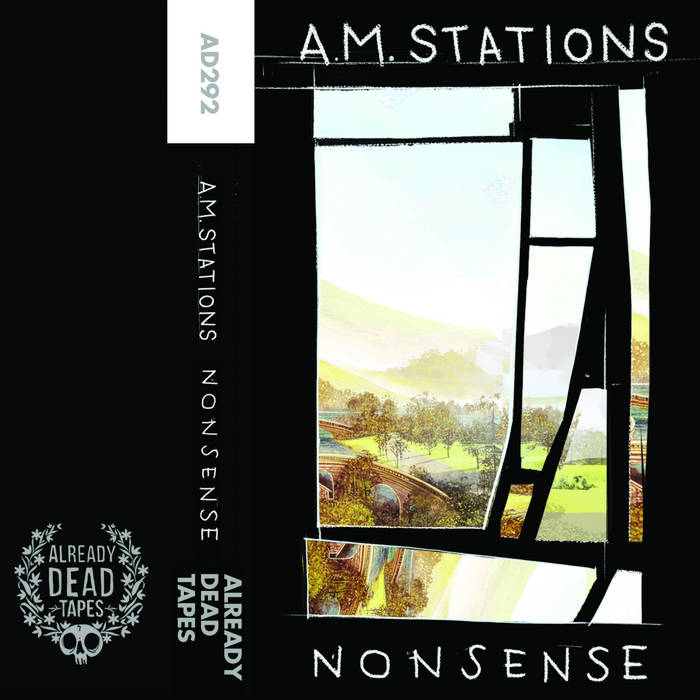 Lost in a Sea of Sound

"A lot has changed in the three years since A.M. Stations' last EP, 'Sign of Times,' was released. That EP hinted at a much heavier side of the band and much of what was introduced on that release has come to the forefront on 'Nonsense.' Gone are the lighthearted, jangly guitars and playful vocal melodies found throughout their debut, 'Tacoma,' traded in for vocals reminiscent of early aughts post-hardcore and screamo, thick distorted bass lines, and noisy guitar riffs that fill the high end. That's not to say they've completely reinvented themselves: the melodies, driving guitars, and rhythm section have a strong connection to the band's past and despite the heavier direction, the songs are as catchy as ever.

Album opener "Even the Sunbeams" eases the listener into the band's heavier sound, building as the track plays out, with Wesley Nowlin's spoken word-esque vocals turning to fierce screams midway. The album's lead single, "Things That Just Happen," is probably the catchiest track among the set and the closest connector to the band's earlier sound. "Attic Money" has a '90s post-punk nostalgia driven by sludgy bass lines and a hooky-as-hell chorus that eventually devolves into a full on noise freak-out. "Milk Sibling" is the closest thing to a ballad we'll see from Stations, driven by a beautiful bass line and a haunting melody that build into a heavier chorus and breakdown.

"Charred Wings" slows things down, albeit momentarily, with a sound reminiscent of early aughts screamo à la Funeral Diner or Saetia. "Twinflower" is a moody, sprawling track that flows into "Sperlunk", a quick and pummeling punk number. "Wolves" has possibly the catchiest opening verse on the album and delivers more of that classic post-punk nostalgia that is found throughout 'Nonsense.' The track is a six-minute slowcore epic that perfectly bookends the album.

I'm biased as hell because I love all three members of A.M. Stations (and used to be in the band), but 'Nonsense' definitely has "album of the year" potential. The three years they've spent crafting these songs have paid off; they've created an album that far surpasses their previous efforts. If you're a fan of noise rock, post-punk, or just looking for something infectious and rockin', you'll love every moment of this album."