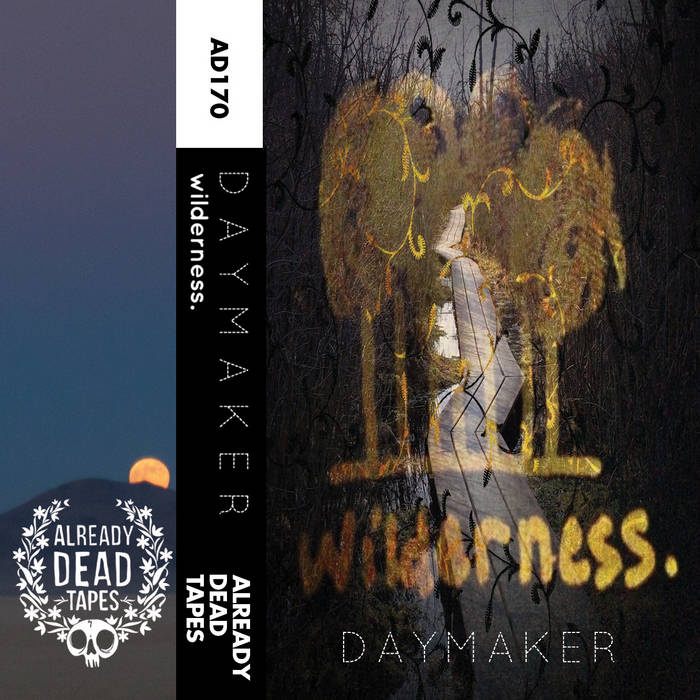 "In “Wilderness,” Daymaker provides us with eight songs that are powerful, infectious, and emotionally moving. On the whole, the record is raw; a stripped-down live performance indicative of a band that is still forging its impressive chemistry. Daymaker has set the bar high for itself with this release, which will hopefully beckon its members to further develop their impressive foundations in the future. Daymaker has what it takes to move a lot of people in a significant way, and “Wilderness” demonstrates why.

Singer Erin Delaney’s voice is an emotional whirlwind that never loses its innate sense of melody as it rises from sweet and charming at its base, to an uncompromising existential tornado at its summit. A good example of this spectrum is “Low Standards,” a noteworthy song that exhibits Delaney at her most vulnerable in an emotional and honest performance that sticks with you long after the record is over.

Egon Schiele’s guitar playing is chaotic and expressive. It bubbles and evolves like an organism in flux, and often times, acts as a second voice to Delaney’s emotional turbulence. For example, on “#Summerhit,” Schiele swirls around a central melody line that refreshingly substitutes improvised emotional inflection for rote repetition. His style of playing simultaneously provides the songs with both a sense of melodic continuity and an emotional trajectory.

Drummer Dina Moore and bassist Eric Newmiller are the musical spine of the band. Together they provide a sense of stability that is a necessary antithesis to the chaos of the guitar and vocals. Though stable, Moore and Newmiller ebb and flow with the emotional flux, and provide the aesthetic space for emotional chaos to ensue in its most powerful forms. A good example of this is “Bacteria,” where they drive the song from a tasteful tumble to a thunderous climax.

Ultimately, there is an intellectual depth in the lyrics of this record that is both its staying power and its crowning achievement. A certain philosophy defines “Wilderness,” and it’s a worthwhile endeavor to try and understand it. Albert Camus once described life as the “desperate encounter between human curiosity and the silence of the universe.” Something like this notion is expressed in “Wilderness” as Daymaker often invokes references to nature as metaphors for the emotional complexities of relationships, and the ineffable qualities of existence. The listener shares something exhilarating and inexplicable about budding romance during the album’s infectious opener (“Glow Worm”) as Delaney proclaims: “I get bioluminescent when you come around, I change colors like a deep sea squid.” The listener spends time reflecting on what Delaney is trying to express about the fall-out of a failed relationship in “Great Bye” when she invokes a metaphor from physics: “all right this is the half-life.” She forces the listener to confront something profound yet optimistic about the nature of reality when she repeatedly screams “there is always a storm on Jupiter and it’s always morning on the sun!” in the album’s epic closer, “Jupiter Song.” The lyrics explicitly contextualize the meaning of individual experience within ecology and cosmology; and it does this over and again. Honey, bacteria, toxic lake. Take your pick. The album’s conceptual continuity and raw emotional expression demand that it be understood as more than merely a solid debut. They demand that “Wilderness” be understood as a comprehensive, well though-out piece of artwork; one that invites the listener to listen actively, and ultimately rewards her for doing so."
- Glenn Curran, Already Dead Tapes, 2015