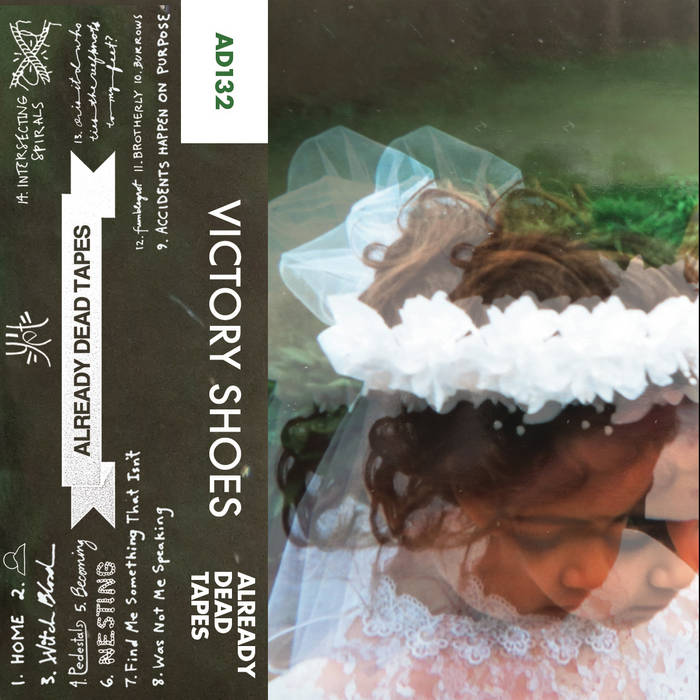 "It's easy to say that after The Ramones took the airwaves, and the flashy dancers took the stage, and after The Beastie Boys passed the mic – Victory Shoes went in another direction than most. Through searching inwards and discovering just what had been buried for so long, the latest album, “Yet” is a gem of the cliched phrase, mind, body and soul. More than five years of playing music, putting out albums and traveling from venue to venue, Victory Shoes has created a bold name for a humble, yet confident sound.

From Philadelphia, the rock band Victory Shoes has a doleful and morose sound, but not so morose and doleful that you'd describe the sound as dark. Rather, Victory Shoes songs play with a faded brightness and an old joy in the melody as well as drawn out notes and lulling vocals. Like figures seen distantly in a fog, each song resonates as the treasures of human life, far away yet silhouetted in the background of strange circumstances and the changing environments. Ryan Viscito, (the pivotal musician behind Victory Shoes,) writes on the band's Bandcamp page, that he “wrote, recorded, and assembled over a period of way too long in four bedrooms, three basements, one kitchen, one bathroom, one cat room, two living rooms, a forest, and two university buildings.” Perhaps this helps to explain grey haze projected through each song - or perhaps this is just makes into account the autonomy of a hard working musician.

The album “Yet,” borders moody pop songs with lyrical narratives. Each of the songs' content stands true to the romantic search in understanding serendipity and the battle of fate with existentialism. And what couldn't be even more romantic, than titling this search, (this quest!) and the album with a short, sweet, simple word - “Yet”. But what can be carried in 'yet'? Is there something happening now, or coming with the time remaining? Or perhaps there's something bound to come at a later point in time. There's only one way to tell – GET VICTORY SHOES' LATEST ALBUM, 'YET'."
- Ray Jackson, Already Dead Tapes, 2014